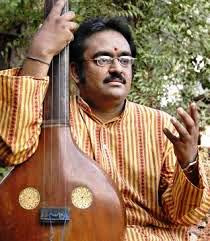 Dr. Shastry and his troupe presented Panchamukhi and Shanmukhi (singing a 'Kriti' to five and six talas) while singing the 'raagamaalika' comprising 90 Karnatic ragas. It was a rare and unique performance, performed nearly 83 years after Srimadajjada Adibhatla Narayana Das composed the 'Literary and Music Prabandham' and performed it in 1933.

At the commencement of the programme, Dr. Shastry explained in detail the musical aspects and literary values of the 'Manjari'.

A group of five noted musicians participated as observers for the rendition of each of the five/six talas.

Connoisseurs of music were transported with delight on viewing the performance and repeatedly applauded it.

After the rendition of the 90-raga Manjari, Dr. Shastry continued with a solo music concert in which he sang a number of Adibhatla Narayana Das' 'Kritis'. These included a 'Keertana' from 'Janaki Sapatham' acclaimed as another masterpiece of literature and music as it employs 36 rare ragas.

Dr. Shastry was accompanied on the violin by Smt. Durgabhavani and on the mridangam by Sri Sadguru Charan.

Sri Kallam Haranadha Reddy, an industrialist and connoisseur of arts and literature was the Chief Guest.

The Parishat had the concert (both the performance of the Manjari and rest of Dr. Shastry's music concert) recorded on DVD which will soon be released for the public.